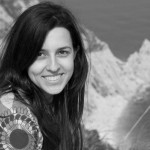 Alessandra started her PhD with UDSU in October of 2013. After completing the MSc studio as an Erasmus exchange student from Italy in 2011-2012, Alessandra came back to have a bigger part in the UDSU unit. Alessandra has had a vital role in our work with Architecture and Design Scotland, and regularly takes part in teaching activity, as the 2013 CPD in Urban Design Representation.

Alessandra graduated in 2012 from the IUAV (Venice Architecture University Institution) with an impressive 110/110 with merit. She has experience as architectural assistant with Ryder Architects in Glasgow, worked with the Prince’s Foundation as urban design consultant assistant and collaborated with ESRI in creating the Glasgow chapter of the Urban Observatory. She also joined several research projects, such as GALE

Alessandra’s research explores the possibility to reform the Masterplan as a disciplinary instrument of the urban design profession in a way that makes it fit to give strategic direction and spatial quality to places, by building in them enough resilience to accommodate modification over time.  It takes on the argument that embedding a resilience framework into urban design may help designers and policy makers to create places able to endure culturally, socially and environmentally as well as to dynamically adapt to contextual conditions and evolve. She advocates the role of a reformed approach to masterplanning, referred to as “Masterplan for Change”.  Her research work is in line with the work carried out at large at the Urban Design Studies Unit at the University of Strathclyde.