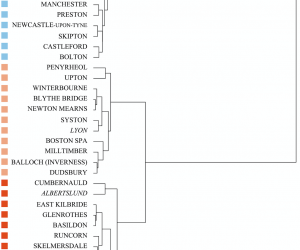 Our paper entitled “Urban Morphometrics: Towards a Science of Urban Evolution” for the ISUF conference in Rome (September 2015) is now online on arXiv. This work shows that: a) it is conceptually sound and viable to measure urban fabric utilizing public, big-data repositories, b) the proposed urban morphometrics system accurately characterises the structure of urban form and clusters cases properly based on their historical origins, c) scientific models of biological evolution can be applied to urban analysis to understand underlying structural similarities.